Following a comprehensive review of survey responses and focus group conversation, Sport Ireland have released the findings of the Women in Sport Coaching Survey undertaken in June 2020.

The research sought to gather information on the coaching experience of females in Ireland and the impact this has on their involvement in coaching.

The specific aims of the research were to:

2,374 coaches responded to the survey with a breakdown of 1,825 active and 549 inactive female coaches. Further in-depth conversations took place with 28 participants via a focus group setting.

The Research Report below outlines the above themes in depth and also includes coaching factsheets to further highlight the findings. 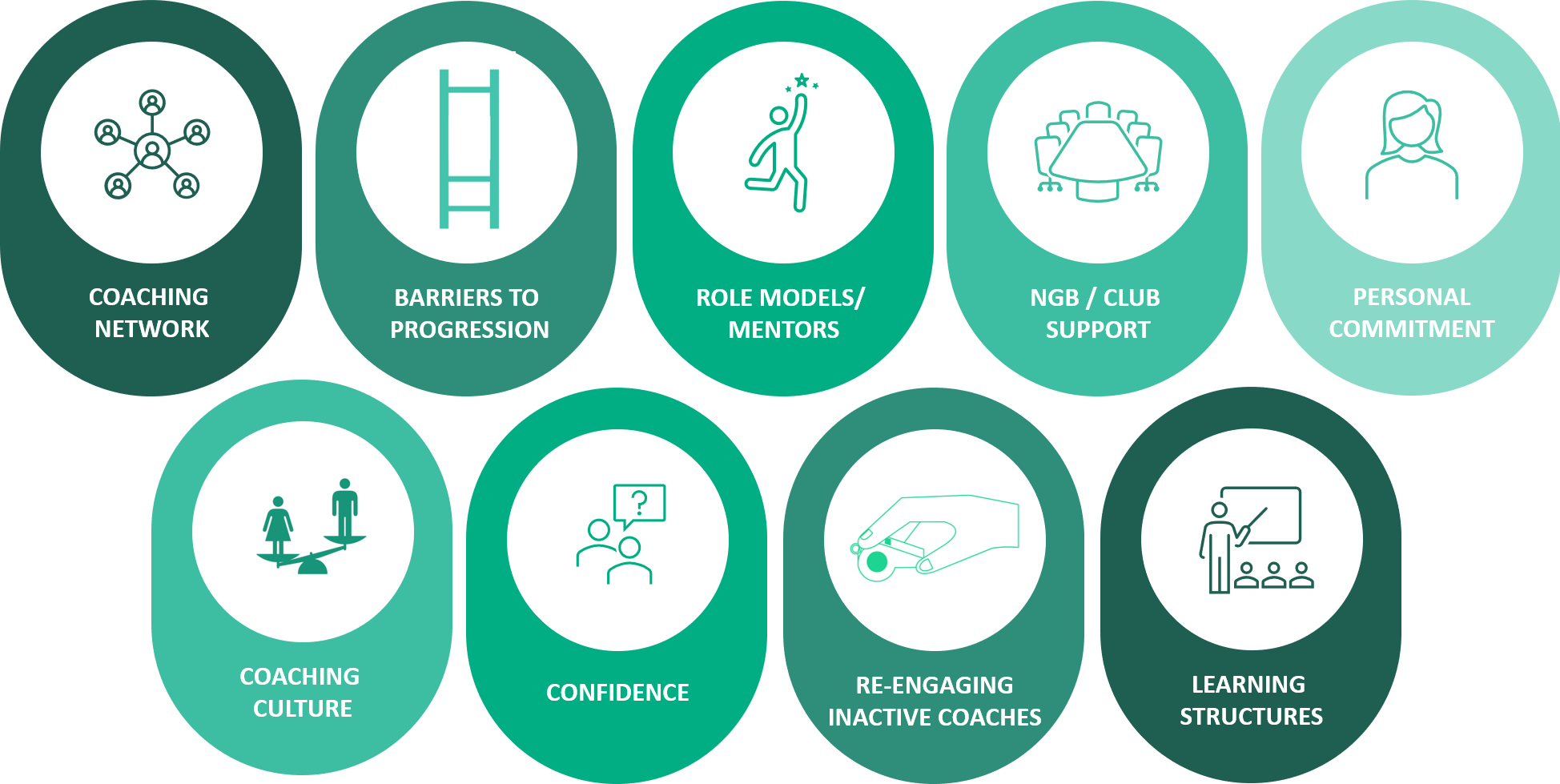