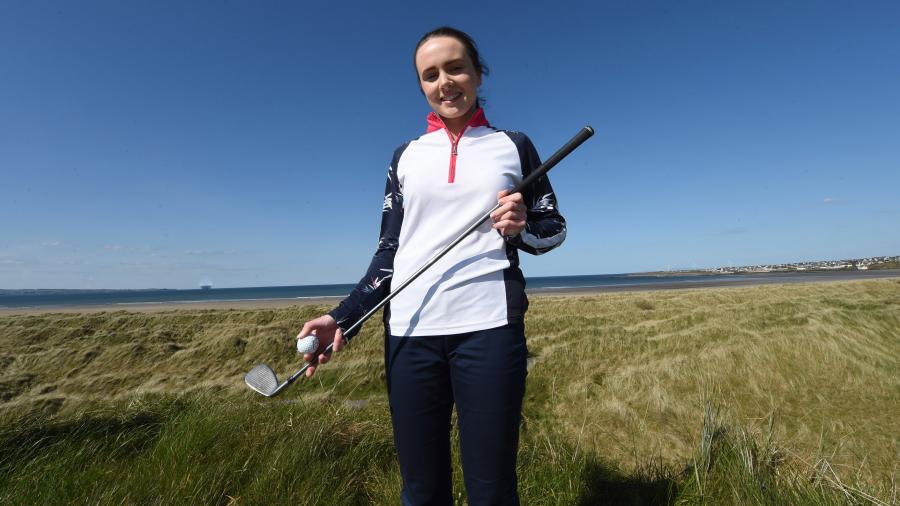 Sophie Dodd was playing golf off a single figure handicap before she sat her Leaving Certificate, and, despite a busy life as a young solicitor, still plays off an impressive six.

But what the 23-year-old does elsewhere at Enniscrone Golf Club in Co Sligo is just as impressive.

Sophie has been immersed as a volunteer leader in the club’s juvenile programme since she was 16 and has just completed a stint in the more formal role of ‘junior convenor.’

For her, the joy of coaching club youngsters is just as rewarding as nailing a perfect tee shot.

“Smiley faces, that is what it is all about, the small wins,” said Sophie.

“Like watching a young golfer who could not hit the ball 20 feet now hitting it 50 yards and bouncing out to the car park to tell their parents.

“Honestly, I don’t know why anyone would not want to help out when you see that.”

Sophie did not pick up her altruism or teaching skills by chance.

Her mother, Maureen Leonard-Dodd, a school teacher, was central to a complete overhaul of Enniscrone GC’s junior set-up in 2014, an initiative which heavily influenced her daughter.

“My mum and fellow member Ann Culkin mixed boys and girls together.

“Up until that point, it appeared boys were better golfers, but that was because girls were new to it.

“But, from then on, everybody played together and that really provided encouragement and created a fun, competitive atmosphere.”

When her mum revamped the club’s junior set-up, Sophie volunteered to lend a hand with its youngest members, helping club professional Keith O’Neill with underage camps.

“Keith showed me small technical things I could help with, like ‘remember to fix your grip’ and ‘do not swing back too far,’ but really, it was about helping the young golfers have fun.

“...watching a young golfer who could not hit the ball 20 feet now hitting it 50 yards and bouncing out to the car park to tell their parents. Honestly, I don’t know why anyone would not want to help out when you see that.”

“It is not school, they are not there just to hit balls and work on their grip for an hour. We try to incorporate fun games as well. I always ask what they want to do and, if possible, include that.

“It is the one who gave you nice bits of encouragement when you thought you were not good enough.

“When I first started with the juniors and asked them how they got on they would always stress the negative, saying ‘oh, really bad, I only had 10 points, my putting was awful!’

“I would say to them, ‘that is not the question. Did you enjoy it? Did you have a laugh?’ So, when they see me coming now they never tell me their score. It is ‘yeah, we had fun.’

“We take them from aged eight up to their late teens, so we help the youngest with attention and listening and coach the highly competitive, older juveniles.” 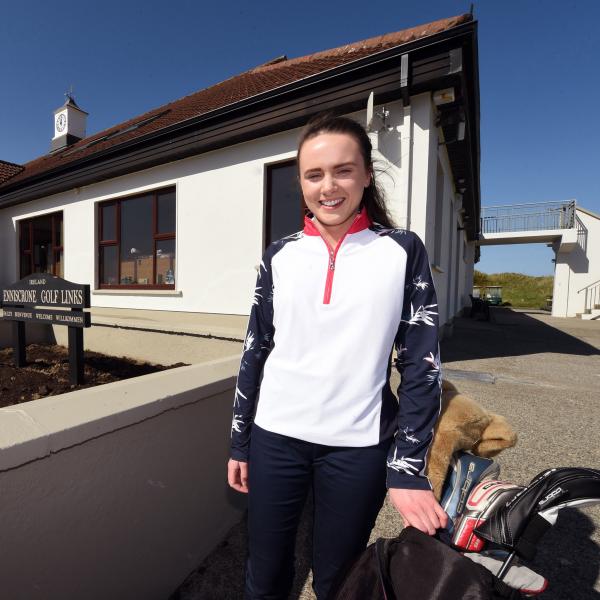 “I remember the positive leaders I had as a child. You will not remember the person who told you very technical things. It is the one who gave you nice bits of encouragement when you thought you were not good enough".

Sophie can identify with the latter, having won Connacht and Mid-Leinster junior titles and been thrice an All-Ireland runner-up, in the U-19 girls’ inter-club (twice) and the May Fitzgibbon foursomes competition.

She feels she was fortunate to start playing at aged 12 with a large group of girls.

“There were about 20 of us. Naturally, some have dropped off, but my friends Ailbhe Bourke and Lisa Sweeney also stuck with it.

“The three of us have encouraged and supported each other since. That is over 10 years ago, but we are still extremely close and play together as much as we can.

“My being young probably helps younger golfers relate to me. I think it can be difficult for girls if they are surrounded by a lot of males, with the person in charge also male.

“Whether you are male or female, I feel people need to be reminded that these are children and it is meant to be fun. You need to build up rapport.

“They will come in now and say ‘Sophie, you won’t believe what my dog did this week!’ Nice, normal things like that help you build relationships, keeps them having fun and ensures they return.”

Her professional legal career – she has just completed exams and is working with the family law practice in Ballina, Co Mayo – may be Sophie’s priority now, but golf will always be part of her life.

“I still play in scratch cups and tournaments whenever I am free and I am happy out when I am exploring different courses and seeing how I go.

“None of my friends sought to be elite golfers. First, we wanted to try golf, then to play it well and then get down to single figure handicaps.

“What really helped when we started was encouragement and positivity from others, including our parents.

“So, I think I will always help out with the juniors and would encourage other young golfers to get involved in coaching because, honestly, nothing can beat the looks on those smiley faces!”