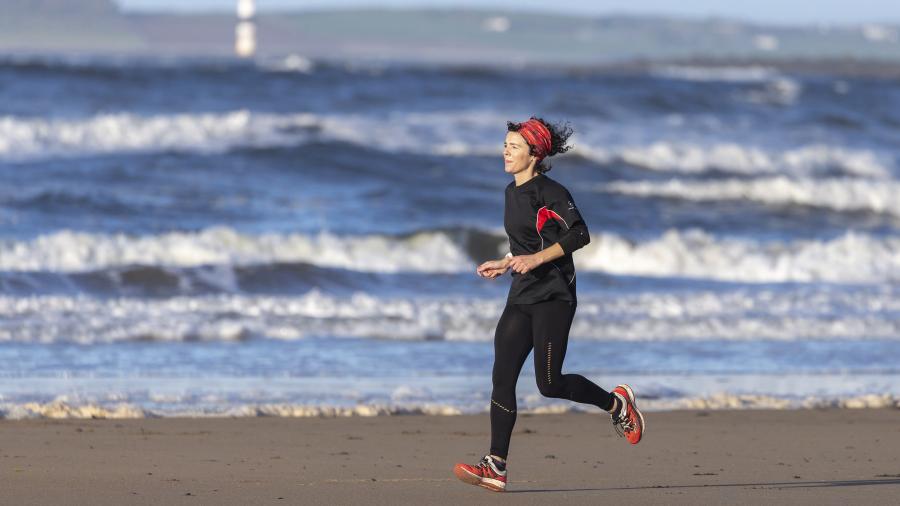 The need to make friends in a new town after relocating for work, as well as wanting to learn to swim, led to a Sligo-based social worker attracting other women to embrace the endurance multi-sport of triathlon.

Kate Hawney (43) has facilitated numerous women to take part in triathlon, which combines swimming, cycling and running, despite not learning to swim herself until the age of 31.

Now a triathlon swim coach, Kate’s over-arching message to those taking part in Sligo Triathlon Club’s ‘Try a Tri’ initiative for women is that if they can put one put in front of the other, they can succeed.

“My hand was held when I joined the club, there was great support. I believed triathlon was athletically elitist, but once I was guided through it, I wanted more,” said Kate.

“As a sport it can be time-consuming, which is why, at the induction night for the six-week ‘Try a Tri’ programme, participants are encouraged to make the most of the days ahead. 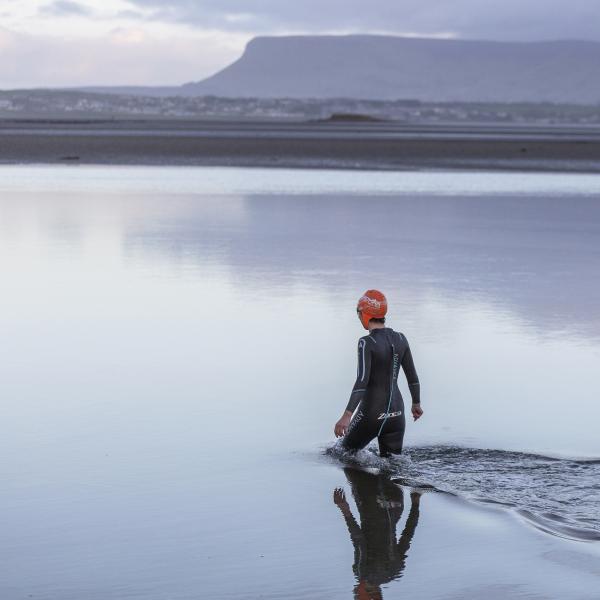 Now a triathlon swim coach, Kate’s over-arching message to those taking part in Sligo Triathlon Club’s ‘Try a Tri’ initiative for women is that if they can put one put in front of the other, they can succeed.

“They are advised that the next six weeks is their time and are encouraged to stick their training rota on the fridge door, so their families can support them.

“Some have not run, swam or cycled since childhood, but are there because they want to step outside their comfort zones.

“Many have been totally immersed in family and are ready to branch out for themselves again.

“Cycling and swimming can be new to many, so our best advice is not to show up with their child’s goggles and practice putting their bikes in the car before their first run and cycle session.”

Originally from Longford, Strandhill-based Kate only began to swim after responding to an advertisement for swimming classes placed by Sligo Triathlon Club in a local newspaper.

Having moved to the town to take up a new job, what followed saw her cross the finishing line of her first triathlon just months later.

“Sport allowed me to forge relationships and develop networks, because I did not know anyone.

“I will never forget the first time I went in to the pool. One of the coaches said, ‘right, swim a length.’  I was like, ‘what? I’m here to learn to swim! I thought you were going to tell me how.’

“It was a long and painful process.  Now, I think it helps me relate to the women who join the programme, because I was not a childhood swimmer. Learning to swim as an adult comes with a lot of fear and many bad habits.

“Once I was able to swim a length, it built quickly from there".

“But the friends I made whilst learning are with me to this day. Many of us were in similar territory, and we coaxed each other along. The Try a Tri programme is a reflection of that journey. I have so much admiration for the women who sign up and what they achieve in six weeks. They are wonderful role models.”

Were it not for Covid, 2020 would have marked the tenth year of the Try a Tri programme, which is grant-aided by Sligo Sport and Recreation Partnership.

Its underlying ethos is to reintroduce women to sport in a supportive way as they have fun and make friends at the same time.

“Once they have completed the six-week programme and taken part in their triathlon, the reaction is phenomenal. It can be a life changing experience for many women in terms of having sport in their lives.

“What makes it work are the connections and supports available. I try to connect with every woman and we have a mentoring system which is central. I am really passionate about this. It is so important.

“It is crucial to those taking part that there is a connection to another woman who has been through the process, their mentor will have completed the programme the previous year.

“Even though women can only complete the programme once, numbers and interest remains high, through word of mouth. I have waiting lists every year. It is wonderful.

“If a neighbour who has children and has not taken part in sport for years can do it,  many think, ‘why can I not do it?’ ”

Although the programme is available to all adult women in the area, most participants are over the age of 30 and it has been completed by some inspiring women in their sixties.

How participants’ negative thinking can get in the way of achievement is tackled by Kate’s partner, John Graham of johngcoaching.com.

“His session can be a game changer for many. It does take a lot out of them, physically and emotionally, but we are very conscious to ease the emotional pressure and peer support within the programme is another really important part of that.

“I was not a strong sea swimmer when I started in open water.  Every time I crossed the bridge at Cartron on the way to train at Rosses Point Beach my stomach would fill with anxiety.

“But the friends I made whilst learning are with me to this day. Many of us were in similar territory, and we coaxed each other along.

“The Try a Tri programme is a reflection of that journey. I have so much admiration for the women who sign up and what they achieve in six weeks. They are wonderful role models.”