Katie-George and Eve have been amongst the most successful Para Athletes ever to have represented Ireland having medalled consistently at World and Paralympic Games since 2014. They started the event strong with a blistering 3:19:946 in their first race of the day to set a new World Record and see them through to the Gold Medal race against Team GB.  They will now turn their attention to the road cycling events which begin next week.

Chairman of Sport Ireland Kieran Mulvey said: “What an incredible morning on the track for Katie-George and Eve. To set World Record in the Heats and then follow it up with another stunning performance to secure the silver medal is outstanding. Years of hard work and dedication came to fruition today. I would like to send Katie-George, Eve and all the team who made this possible my sincere congratulations”.

Sport Ireland Chief Executive John Treacy added: “We are delighted to see such a strong performance from Katie-George and Eve this morning in Tokyo. This duo have led the way in para-cycling for many years and have inspired so many. I would like to congratulate Katie-George and Eve as well as their coaches and families for what is a truly deserved medal.” 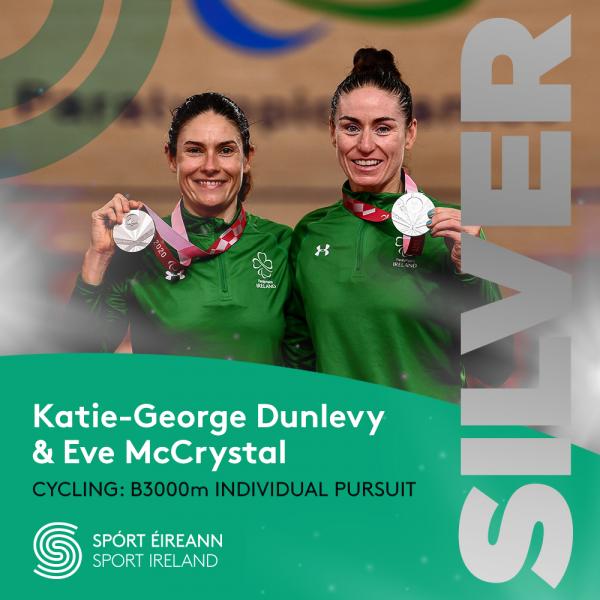