Jason is the world’s fastest Paralympian of all time and started his Paralympic gold medal streak in Beijing in 2008. Tokyo is his fourth Paralympics and his sixth gold medal.

Chairman of Sport Ireland Kieran Mulvey said: “Once again we celebrate Jason Smyth on the world stage. With two phenomenal runs today Jason showed the result of years of hard work and dedication. He is an inspiration to so many and I would like to send him and all his family and team the most sincere congratulations”.

Sport Ireland Chief Executive John Treacy added: “On behalf of Sport Ireland I would like to send my congratulations to Jason Smyth on his sixth Paralympic Gold medal. Jason has been a role model not only in para-athletics but athletics as a whole for many years. He has shown time and time again what hard work and commitment can achieve and we are very proud of him. I would also like to congratulate the team in Paralympics Ireland, Jason’s coaches, family and all who have supported him throughout his career”. 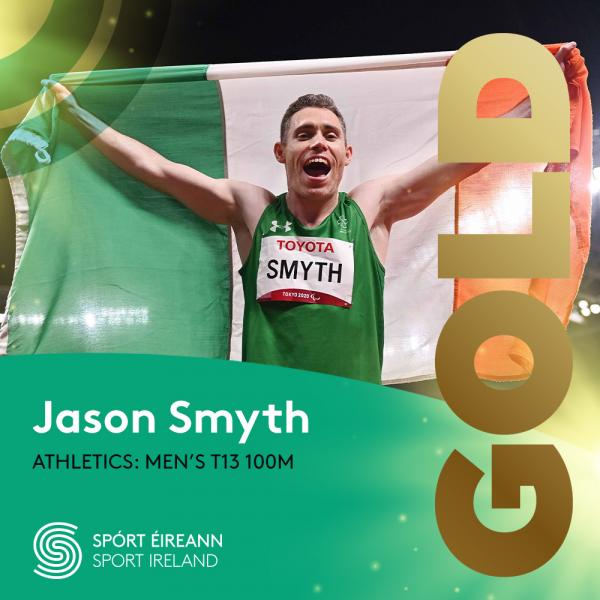