It was only eight days in to August, when Kellie Harrington won her Olympic gold medal, that our judging panel began to despair. It’s not that they weren’t over the moon about her success, they most certainly were, it’s just that the shortlist for the 2021 Sportswoman of the Year award was beginning to look as lengthy as the Nile.

The panel has had plenty of tricky years before in these awards, but this one’s taking the biscuit.

“All we need now,” said one anguished voice, “is for, say, Ellen Keane, Katie-George Dunlevy and Eve McCrystal to win gold at the Paralympics, Katie Taylor to retain her world titles, Leona Maguire to have an out-of-this-world Solheim Cup and something mad to happen like, dunno, Meath winning the All Ireland.”

The last possibility was greeted with a chuckle, it was that silly, but the point stood.

And then over the next four weeks, Ellen Keane, Katie-George Dunlevy and Eve McCrystal won gold at the Paralympics, Katie Taylor retained her world titles, Leona Maguire had an out-of-this-world Solheim Cup and the maddest thing happened - Meath won the All Ireland.

At least Meath had the good grace to leave it ‘til September before they engaged in All Ireland-triumphing, and we are indebted, too, to Harrington, Taylor and Maguire for already having won monthly awards this year, meaning they couldn’t win a second - but, of course, their achievements throughout 2021 will be taken in to account when the judges assemble for deliberations that may well last six months.

August, then, was annexed by Keane, after she won a thriller of a 100m breaststroke final, and the mighty Dunlevy and McCrystal, who returned home with a haul of two golds and a silver.

So, with three women already on our podium, there wasn’t room for Nicole Turner, who took silver in the 50 metre butterfly final, nor the likes of 16-year-old Róisín Ní Ríain, who swam four personal bests and reached five finals, and Greta Streimikyte, who missed out on a medal in the 1500m final by just 3.04 seconds. As we told you, 2021 is now in biscuit-taking territory.

Keane, competing in her fourth Games, recorded a personal best to hold off New Zealand's Sophie Pascoe, a nine-time Paralympic gold medallist, in the final. Pascoe led for three quarters of the race after a blistering start, but the 26-year-old from Clontarf battled back to take the lead in the final 25 metres and just about held on to it in the tightest of finishes. And she did it all with water-filled goggles, too.

Dunlevy and McCrystal, meanwhile, helped themselves to three medals in the space of one gruelling week, beginning with silver in the individual pursuit. And then it was double gold, first in the tandem time trial and then the road race, to add to a collection that already included a Paralympic gold and silver, from Rio, and a mountain of World Championship medals.

A brilliant effort from our three August winners, then, but it’ll pale next to the effort our panel of judges will have to put in to sort 2021 out. 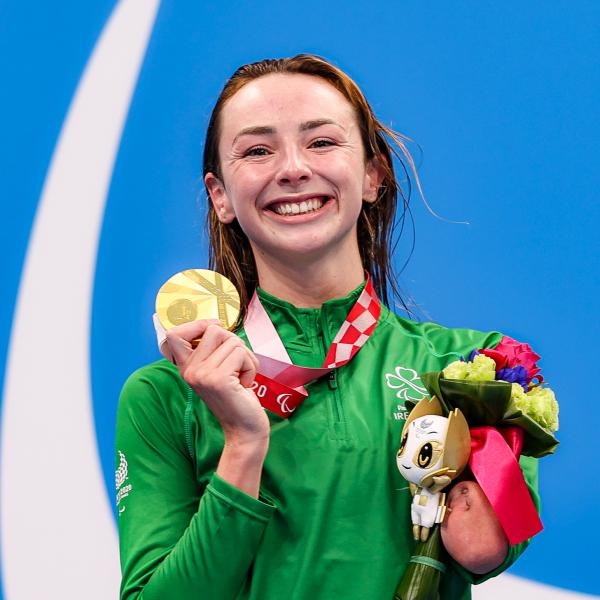