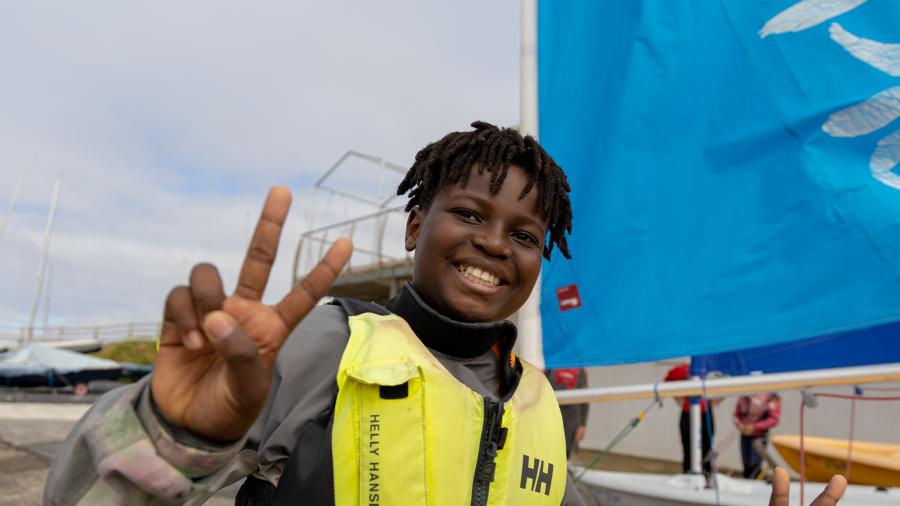 Shauna Gillan was an 11-year-old primary school pupil when Sligo County Council paid for her and a group of pals to take part in a two-week sailing course.

"I think we might have had to pay a fiver," she smiles, an investment that has proven priceless for not just the Sligo woman but so many migrant children in Ireland.

A lifelong love of sailing was fostered in Gillan who completed the fortnight's training, went on to become an instructor herself and even crossed the Atlantic.

"I've had so many wonderful experiences personally and so I know first-hand the value of giving a child a chance in a sport like this which they wouldn't otherwise have come across," she says. "It can lead to genuine lifelong changes."

With this in mind, Gillan co-founded the Safe Haven Ireland charitable community in 2015, offering sailing opportunities to children, many of whom are living in direct provision centres and immigrant communities.

It began with five-day, residential voyages on tall ships typically comprising five migrant teenagers and young adults together with five youths from Ireland, all between the ages of 15 and 21. In recent years, partly because of the impact of the pandemic, they've offered a slightly different opportunity, one and two-week shore-based sailing courses to children aged between 10 and 15 which run from 9am - 5pm each day.

"The overall aim is integration always," says Gillan, who pinpointed their project in association with Sligo Yacht Club as among their most successful.

"The club were so fantastic to work with, they couldn't do enough for us," she explains. "They found wetsuits for the kids, they sorted out transport for us, they just really were a very active partner."

The pre-existing sailing programmes in Sligo were two-weeks long each and comprised mainly Irish children.

"In Sligo, we had nine of our young people taking part and what we did was we placed them all in over six weeks, so it was three into the first group, three more into the second group and the same in the third," she says.

"That way we didn't have all of our group landing in one week and suddenly they became 50 percent of that programme. In that scenario, they'd have had less of a chance to integrate with Irish kids, so we spaced them out.

"It was six weeks in total and it was such a huge success. It was a mixture of children in direct provision and Syrian refugee children who'd been relocated to Ireland. Those families were housed in the community in Sligo which is not direct provision but it can be isolating in other ways.

"In one case, the parents came every day to watch and brought their two younger kids, the kids were raging that they weren't on the programme too! They want to do it when they're old enough.

"One of the days, the group went out to Coney Island as a big adventure, it's an island in Sligo that you can drive onto at low tide.

"This particular Syrian family came and their two younger kids came and they were allowed to join in the games and that was really indicative of the attitude in Sligo, they just had this incredible welcome and made every effort to get to know the family and the parents. Every single child that took part in Sligo wants to come back next year. They all completed the two-week course."

An experienced sailor, Gillan recognised immediately how the courses could help foster the integration that Safe Haven Ireland promotes.

"I would say it's almost 100 percent teamwork that's required when they're out on the water," she says. "This is a sport about pulling together, literally pulling the ropes together. Typically the kids on these shore based courses will be in a boat with two or three others, sailing the boat as a team. If they're not tuned in to what the others are doing, the boat will capsize and they'll end up in the water. There's a very real and immediate need to work together."

Nationality, skin colour, ethnicity or creed all quickly became irrelevant to the children as they learned to work together.

"You're in an unfamiliar environment, you're out of your comfort zone and that really increases the chance for bonding, we believe," says Gillan. "Very strong friendships are made."

Feedback over the years has been immensely positive with participants often pointing to the boost in their mental health.

"I remember one of the Syrian kids remarked, and we don't ask them anything about their past or their background, they're just here to have fun, but she did remark that, 'When I'm out on the water, I just forget everything, I forget everything that happened to me'. We find the kids are very present with the experience, like with any sport. It really tunes them into the present moment. There's no phone distractions or anything. We consider it very healthy for their minds as well as their bodies."

The physical benefits are clear too. "Some of the kids on the bus on the way home, they're animated and chatting away and then a minute or two later they're conked out," smiles Gillan. "All that fresh air, all that activity, all that excitement. It's great, just so positive.

"You have teamwork, friendships, healthy bodies and healthy minds and the big thing of course is integration. And for the Irish kids, they're learning that, 'These kids are just the same as me'. There are no barriers for kids in that type of environment." 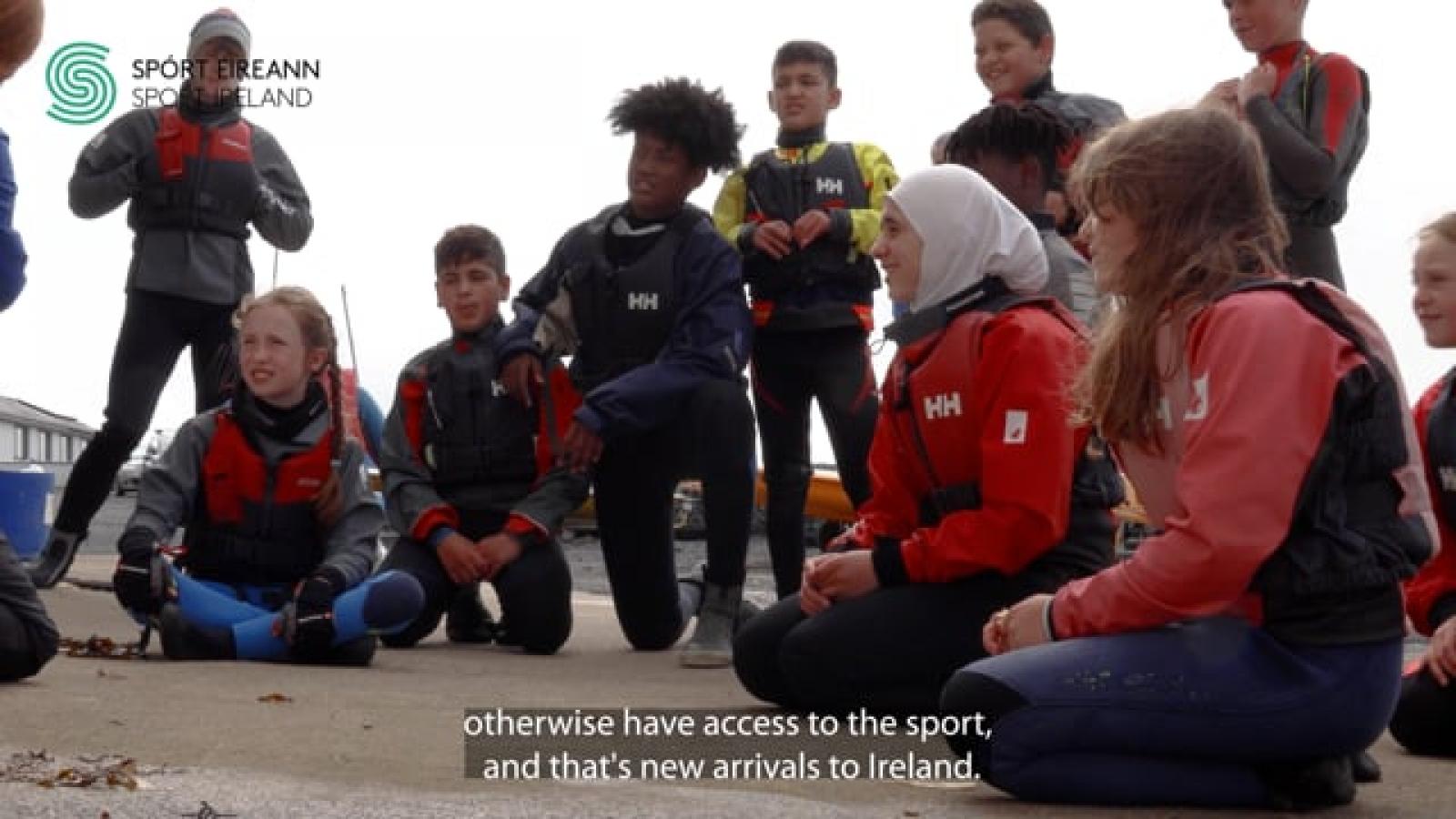