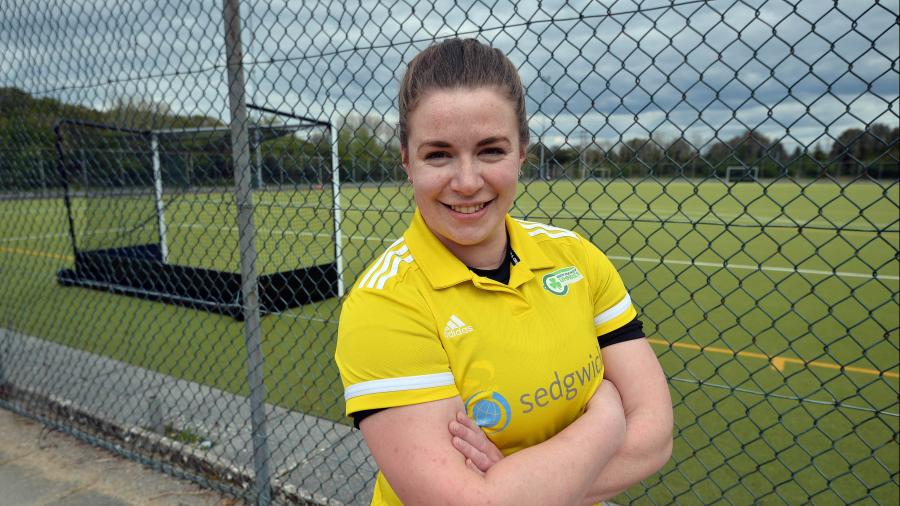 Ellie Duffy had the most practical of reasons for taking up refereeing hockey matches whilst in college.

“I was a poor student and my old school got in touch looking for someone to referee (umpire) games,” she said.

“You got €10 for a match, and, if you did two, that covered the cost of your lunches for the week, or a night out!

“That is honestly how I started,” she admits, laughing. “But it is not why I do it now.”

If Covid hadn’t struck, Ellie would have whistled at U18 and U21 tournaments in Russia, Croatia and Valencia over the past 18 months.

She will be back as the sporting world eventually resumes normal service but, in truth, has hardly had time to think about how she misses it.

“I work for Medtronic in Galway which makes medical devices such as ventilators, so the past year and-a-half has been particularly busy. We haven’t missed a day’s work since COVID started.” 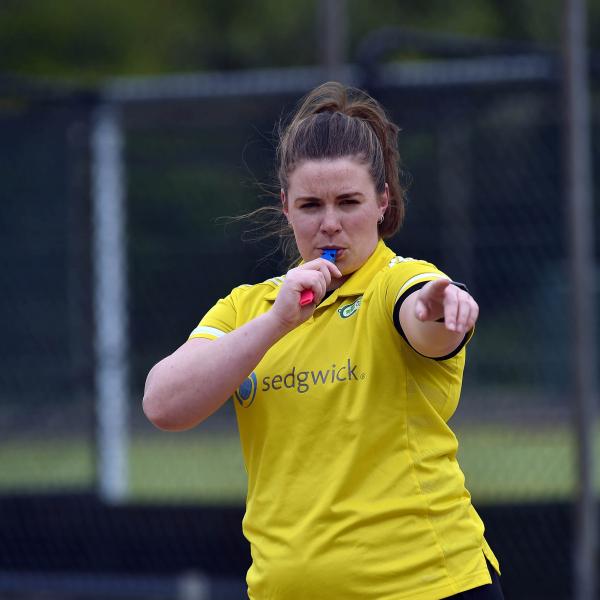 Ellie's swift progress in Irish hockey’s umpiring ranks highlights the opportunities available in most sports if you are willing to pick up a whistle. You do not have to have been a stellar player, just to know the basics to start.

The 29-year-old’s swift progress in Irish hockey’s umpiring ranks highlights the opportunities available in most sports if you are willing to pick up a whistle.

You do not have to have been a stellar player, just to know the basics to start.

Her secondary school, Seamount, Kinvara, Co Galway, provided initial playing experience, but Ellie really got into hockey while studying business and accounting at NUIG, where the hockey club is also open to non-students.

“I have not played at a high level,” she explains.

“Connacht League was as high as I was able and wanted to go, but the club is now in the second division of the All-Ireland League.

“I am happy to let them at it because they are all better players than I am.”

However, she trains just as hard.

“The fitter you are, the better you become because your reactions are better. I do gym-work, run, and still train with the club, occasionally.

“Umpires are graded and there is a lot of assessment. Most games are videoed so you can go back and watch yourself.

“A lot of our training is based in self-analysis, and you can always call or text colleagues to ask for advice.”

Hockey is a sport which throws up tough calls for its umpires, including official team challenges to decisions – but Ellie relishes the excitement.

“Maybe it is because I was a goalkeeper, a role in which you cannot rely on anyone else. You are competing with yourself to be the best you can be. Umpiring is the same. I really enjoy that element of it.

“In a lot of sports, it appears the referee is the enemy. But in hockey, like rugby, there is a lot more open communication with players. You’re also radioed up, and work with a team of officials.”

She is also naturally competitive and believes that is in her genes.

“My family has an equestrian business in Claregalway. My cousin Michael Duffy is a successful professional showjumper and we have all competed on horses at a decent level.

Hockey, like many sports, has clear pathways into officiating which she is happy to recommend.

“Within a year of starting I was umpiring at U16/U18 Inter-provincials.

“Hockey is light on young umpires, so Hockey Ireland pushed me to go forward to Barcelona to umpire the girls’ U16 Six Nations, and it went from there.

“Whenever Ireland goes to a European tournament they have to nominate an umpire. Then, as you get ranked higher, you can be selected independently by Euro Hockey (the European Hockey Federation).”

Ellie has twice attended umpire training weekends in the Netherlands and at the second one in 2019, was one of just six umpires (three female, three male) out of 38 Euro Hockey umpires selected for the next training level.

“There is a guarantee of two tournaments a year, and there are mentors who bring you to top level tournaments to observe.

“I think progression is probably quicker in the women’s game because there is less competition.

“A lot of girls drop out aged between 18-25. That is the age I started to progress, so I got picked up from there, and was probably brought through a bit faster.

“If there are people out there thinking of it, there are lots of ways to go about it. Just start by asking the umpires at your local club.”

Irish hockey has a history of producing world-class officials.

“Ray O’Connor and Carol Metchette have umpired at the Olympics and Alison Keogh is one of the top umpires in the world right now and always willing to give you a hand.”