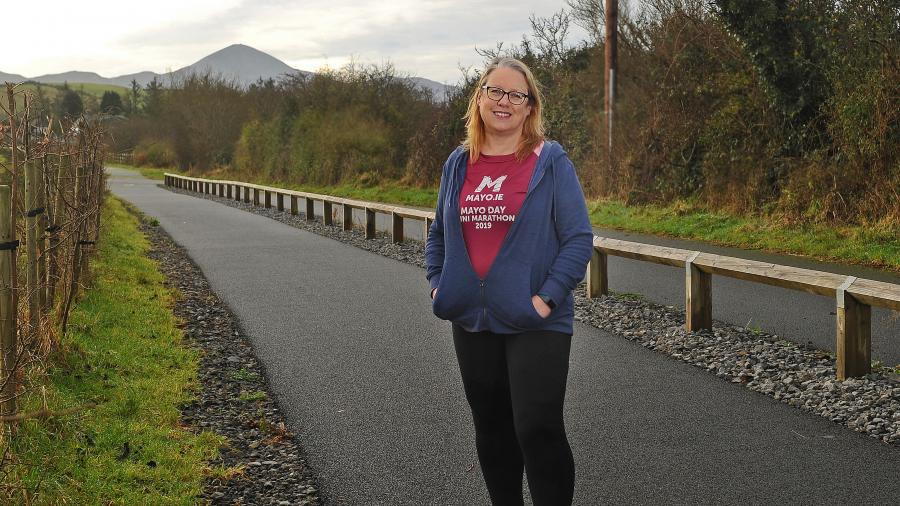 A county council roads engineer who went from couch to 5K, is now combining her job with a love of running and walking after embarking on a life-changing journey back to fitness.

As well as currently project managing the €250million N5 Westport to Turlough road project, Marian McHugh (58), a senior executive engineer at the National Roads Office at Mayo County Council, also oversaw work on the N59 Westport to Mulranny road, which incorporated work on the Great Western Greenway, from Westport to Achill.

Previously annoyed about having to break into a run, Marian couldn’t wait to get her running shoes onto the Greenway.

The mother of three adult children, who lives in Cong with her husband Ray, married shortly after finishing third-level and started a family. “Life took over then and exercise was not on my agenda,” said Marian. “By the time the kids had grown up and left, I felt there was nothing to get me out of the house. I was putting on the pounds.  I had an awful lot of weight on. I was tired, I could walk, but I couldn’t run.

Things changed with the arrival home of her daughter Megan (32), from London in 2015.

“It was clear there was a weight problem. Megan persuaded me to do something about it,” she said. “So we would get up early in the morning to go for walks. Then she started to encourage me to run the last 100 metres or so. “I was screaming at her, roaring that I could not do it. I was really bothered about having to break into a short run.”

Also mother to sons Doron (34) and Killian (26), Marian says her daughter’s return prompted a serious think about her physical condition. “When they were young, the boys would always have been very active with rugby and Gaelic football. We always walked together, but we never did anything really energetic as a family.  Megan came back from the UK and we decided to do something about the weight and the energy levels"

“I would scream, ‘God, do we have to?’ when she tried to get me to run. But the fact I found it so hard really bothered me as I ran cross-country in school.”

Now, thanks to a step-by-step approach to physical activity, Marian is a 10K and 5k enthusiast, gym regular and helps organise her local parkrun. “I wanted to be able to run again. Even just walking consistently gave me more energy and helped me to sleep better. So I upped things a notch.”

A Mayo Sports Partnership email to Council employees drew her attention to weekly ‘Couch to 5K’ sessions in Ballinrobe. “Our coach, Joan Walsh, of Ballinrobe Athletic Club, brought things along very slowly. It was walk for a minute, run for a minute for the first week. So we all felt great, thinking, ‘we can do this’.

“But the next week it was a two-minute run, and then a four minute run until I realised one evening on the way there that we were going to have to run non-stop for eight minutes. “In the car with Megan, I asked ‘how on earth are we going to run for eight minutes?’ “I was bricking it, to be honest. But that was the turning point. Once we had completed our eight minute run we knew we could go on to do anything we wanted.” 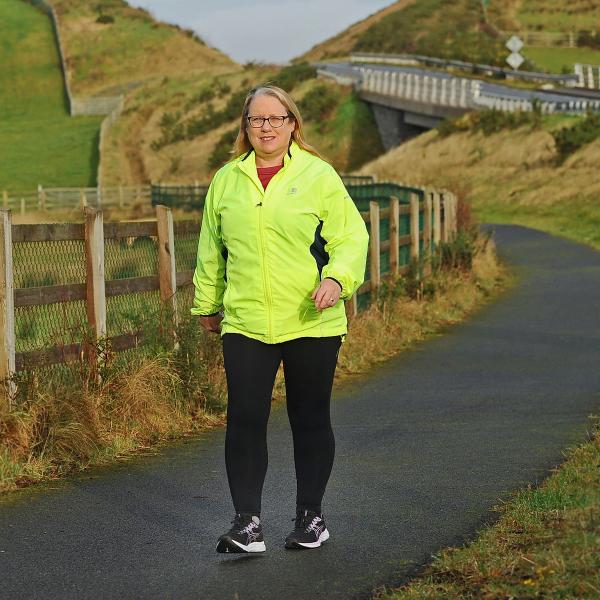 My advice to anybody starting out is to go step-by-step, don’t go off and do a 5K straight away. Do a one minute walk followed by a one minute run. Keep things structured. Couch to 5K is great, but you don’t have to run the 5K, you can walk it and begin to walk faster over time.

Entries for 5K events followed, and then the Western People West of Ireland 10K mini-marathon, which she has completed every year since 2017. Now, she is a gym regular and volunteers at the Clonbur Woods parkrun.

“Parkruns are a very organised way of doing things, it helps make sure that you get out. There’s a WhatsApp group and a cup of tea afterwards. A sense of community really helps and we had a 10-week challenge to make sure we all did a 5K every week while the parkrun was closed during the pandemic.

“But my advice to anybody starting out is to go step-by-step, don’t go off and do a 5K straight away. Do a one minute walk followed by a one minute run. Keep things structured. Couch to 5K is great, but you don’t have to run the 5K, you can walk it and begin to walk faster over time. There are lots of apps to help you".

“Set goals for yourself and do other activities which fit in with your schedule and lifestyle.  Use whatever there is in your area, even if it is only a road or pavement. Remember, as you grow older, there are times when some parts of your body just don’t work.

“But expending energy creates energy, I’m buzzing all the time now and am constantly doing something. I barely turn on the television.

“I was determined to get on the Great Western Greenway. Because I had been working on it, I wanted to see what it was like to use it.”