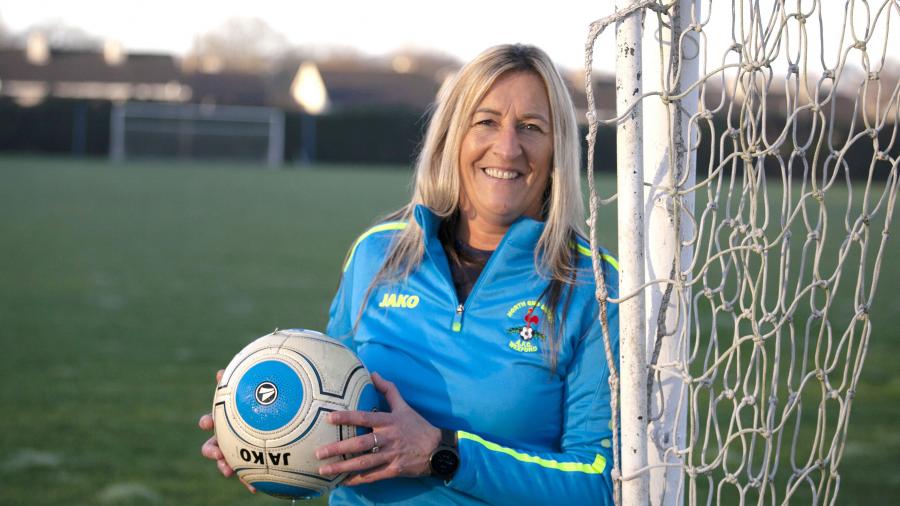 Shirley Roche has come through a series of bereavements to tackle opponents less than half her age and has no plans to hang up her boots anytime soon. And while her adrenaline pumps when she lines out for a soccer showdown, she insists the buzz she gets from coaching girls is equally as thrilling.

Shirley (49), saw her world turned upside down over the past three years, but says sport has been the lifeline that got her through the darkest days. Her brother Shane (46), died through suicide, and a short while later her father, Pascal, lost a battle with cancer. Two years prior to that, she buried her niece Kelly (25) after a car crash.

“Sport is my therapy. It’s the medication I never knew I needed,” said Shirley.

Shirley wants to encourage women who gave up sport due to work or family commitments to know it’s never too late to play again.

She insists the importance of exercise from a social and emotional perspective is overlooked. 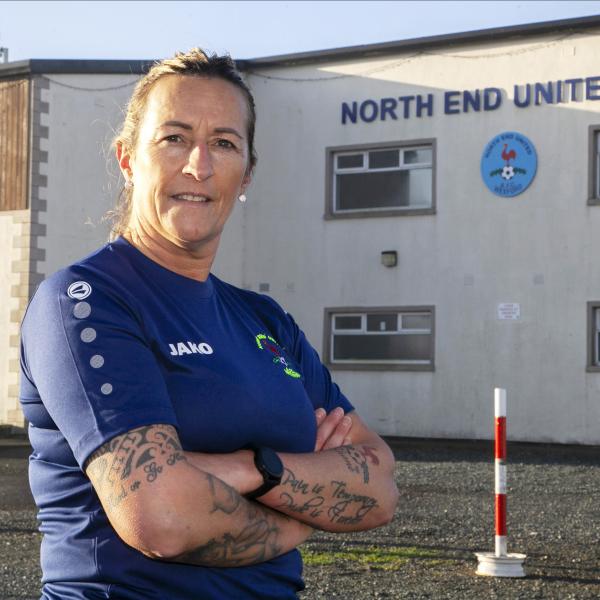 “The minute I step on the pitch there is nothing else in my head. It’s just the soccer or Gaelic ball or sliotar, that’s all I’m thinking about. On a pitch, I’m free of everything and everyone.” The feeling of freedom and sense of escapism is something she cherishes.

Her proudest sporting moment when playing a camogie match with her daughter Josephine. “When I saw her score, I shouted ‘go on my daughter’ and the girl I was marking asked ‘is she your daughter? How old is she?” Josephine was 30 at the time. I told the girl ‘just because I’m older than you, don’t think that you’re going to run rings around me. Wait until I tell you, you’re still not going to get that sliotar when it comes down here.’

“I’m 50 next birthday, but I reckon I have another four or five years in me. I’m hanging on until Josephine’s daughter Hollie (10) is old enough to play a game with us. It will be a very special day if I get to play with my granddaughter.”

Shirley also has a son TJ (23), and has fostered her nephew Kian (13) since he was just six months old. And sport is very much a family affair. She fondly recalls how Kian wore a waterproof all-in-one suit and wellies as a toddler and would trot up and down the sideline during matches. “Our weekends always revolved around sport.”

I’m 50 next birthday, but I reckon I have another four or five years in me. I’m hanging on until Josephine’s daughter Hollie (10) is old enough to play a game with us. It will be a very special day if I get to play with my granddaughter.

Shirley’s younger brother Shane was a stalwart of North End United FC right up until his death last November. “I feel closer to him on the pitch than I do when I go to his grave. I was up at the pitch for his first anniversary felt like he was going to walk through the gate. The special connection I had with him was down to sport,” said Shirley.

On her first match after Shane’s death she scored a goal from a corner and her teammates joked he must have been watching and guiding the ball into the back of the net.

Her commitment to sport is inspiring younger players coming through the ranks.

“Some of the girls I have coached are playing on the Wexford Youths U-17 squad at present, one of them, Katie Law, is one of the youngest on the panel and she also made the Leinster U-15 team and played for Ireland.

“I have also been happy to accept an invitation to be a part of the Wexford coaching panel for the FAI girls’ underage inter-county Gaynor Cup.” Keeping girls in sport between the ages of 14 and 16 is crucial, she insists.

“That is the time when a lot of them will give up. You will have girls who are naturals and you’ll get the girls who will work really hard at it. I always focus on encouragement and building confidence. It’s not all about winning, it’s about having fun and the friendships you make off the field too.”